last year i recapped my month of october in costume, but this time i’m going for the entire year. have i mentioned how rad it is to have friends who embrace the opportunity for a costume party at any given moment?

just received an invite to a cowboy christmas/oregon trail themed holiday party, so i spoke too soon. will have to update for december costumes afterall!

my costumed year began in march, when haley & colleen had a food-themed costume party for their birthday. i got to bring my sandwich costume out of the rafters of my parents garage and onto the…plate? doubled up on the meat this time with a bonus haley.

went to a wes anderson-themed party at golden bear, where two forms of suzy bishop from moonrise kingdom hung out with agatha from grand budapest hotel.

bike party sacramento had a video game themed ride in june, so i grabbed by bubble gun from lady gaga’s artRAVE and went as james bond from 007 goldeneye (did you play that on n64? i liked using the paint ball gun to draw graffiti). i was accompanied by princess peach and a sim.

for my birthday in september, i had an “a” themed letter party, where you can dress up as anything, so long as it starts with the letter “a.” i went as abstract art and, more specifically, a mondrian (given solid blocks of color are about the extent of my painting skills). there were several artists in attendance who claimed to have painted me.

many moons (hah!) ago, my friend kristin made me a pet cloud. so, when haley and i were stymied about what to be for crocker’s october art mix, and she texted me a picture of her rainbow dress, i knew i had to embody my pet cloud in costume form.

despite a cat’s pre-disposal to run away from all things water, i hung out with a sea creature all night.

And, finally, my crowning moment: THE SLOTH.

i’d thought there was no surpassing my sandwich costume after its original debut in 2006, but the sloth this year might give it a run for its money.

what was your favorite thing to dress up as this year? 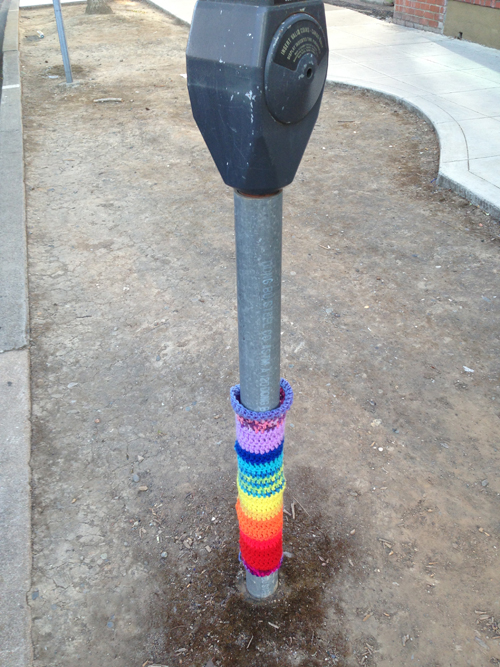 full of hearts and rainbows. because i successfully transferred my domain name from my blogger account to my wordpress one. welcome to the new connectconnectconnect.com! now, to test if it works directly with rss.

and, despite the aforementioned “internet godess” skills, keep your fingers crossed it will work as smoothly for my other url (so far, no good, but i’m still basking in the goddess-ness of one successful transfer).

Official Website?
Bourbon Babes
A Run For All Seasons
Not Very Pretty